Here is the report from the WSBC conference that was held virtually in April of 2021. There is wonderful information in here and I would encourage you all to read it! Feel free to download either the .pdf format or the Docx format.

OA World Service Business Conference 2019 Report
(submitted by Cory A, *** indicates my opinion only of the most important changes for our fellowship) There were 188 eligible voters
Treasurer Report: $350,000 profit, mostly from sale of new literature and the one-time funding call; Website redesign now taking bids, budget $50,000. Large expense (storm damage to roof) $150,000 but most covered by insurance. Postage expensive, fueling movement to get everything online. Shipping internationally must be UPS so it can be tracked
Presentation of Proposed Restructuring of OA’s Board of Trustees: Go from 17 to 12 Trustees over next 5 years and make them general service positions instead of associated with specific regions. Saves money and streamlines decision-making.
***Proposed Literature (all required 2/3 vote to receive Conference seal of approval)
A-a: Body Image, Relationships, and Sexuality: Personal Journeys to Recovery in Overeaters Anonymous: ADOPTED (with near unanimity)
New Elected Region Trustees: R2 Hanna S; R5 Barbara K; R6 Beth B; R8 Andi S: R9 Vassiliki T. (Only region w/ 2 candidates); R10 Letitia M; GST Tina. One position had no candidate, so it was left unfilled in service of proposed restructuring.
A-b: Dignity of Choice/Plan of Eating: FAILED (by 2 votes); Main objection: Food plans had not been vetted by nutrition specialist since 2009; carried over from past versions. Also, no apparent forethought about potential legal issues; Standing vote (had to be done twice) Yes 119; No 64. This was a 2⁄3 vote. A-c: Welcome back and Members in Relapse; ADOPTED
New Business Motions and Bylaws adopted by Consent Agenda (before conference and therefore not discussed on floor) E, H, 5, 6, 7, 8, 9, 10
New Business Motions:
NBM A Defeated; Consider ease of translation when developing written materials.
NBM B Adopted; Move to amend WSBC Policy 2008a
***NBM C Adopted; Definition of abstinence (refined) and recovery (added); proposed then slightly amended from what you voted on after going to committee.
1) Abstinence: The act of refraining from compulsive eating and compulsive food behaviors while working towards or maintaining a healthy body weight.
2) Recovery: Removal of the need to engage in compulsive eating behaviors. Spiritual, emotional, and physical recovery is achieved through working and living the overeaters anonymous twelve step program.
NBM D Adopted; Groups known as hybrid meetings may register only once and may be included on the OA.org meeting list under the appropriate meeting categories. Two amendments were attempted, one defeated, one deemed out of order.
NBM F Adopted; Apply for and, if approved, accept non-profit status from Google for Custom Search feature at no cost. Paid version currently on OA.org website dramatically improved ease of search NBM I Defeated; WSBC 2019 directs BOT to make all BOT and BOT committee meetings virtual, except for the WSBC itself. (to save money)
NBM J Adopted; Merge Virtual Services Conference Committee into the new Virtual Region 11

***NBM K (merged with M, which was withdrawn) Adopted; Statement on Public and Social Media: Members of OA are responsible for maintaining their anonymity and respecting the anonymity of other OA members. When attending an OA meeting, whether face-to-face or virtual, members are encouraged to seek appropriate means to protect their own anonymity and that of fellow members. All registered virtual meetings shall inform members that their anonymity is not fully protected when attending a virtual meeting. (See “Protecting Anonymity in a Digital World” online; final version will add URL link)
NBM O Defeated; Add last 2 paragraphs of Twelve Step and Twelve Traditions of Overeaters Anonymous as a choice for the closing. Though lovely, it can be adopted by group conscience.
NBM P Postponed indefinitely; BOT consider alternatives to make newcomers’ packet info available online.
Proposed Bylaws Changes
1 Referred to committee; Proposal on status and support of language service boards deemed not ready for prime time
2 Withdrawn by Maker;
3 Defeated; To add to the bylaw Subpart B, Article IX Board of Trustees, Section 4-Qualifications by striking, inserting and re-lettering the subsequent. “If the trustee applicant has served as a delegate to only on World Service Business Conference at the time of application, must serve as a delegate to the WSBC at which they stand for election as trustee”
4 Defeated; Virtual IGs may also participate in the activities (including voting) of another region with that region’s permission.
11 Withdrawn by maker
12 Adopted Move to amend OA, Inc. Bylaws, Subpart B, Article XI – Conference Committees; (what to do about non-functional committees and chairs, and who can do it); Inserts a new Section 5, renumbers the subsequent sections.
13 Defeated; insert importance of the 12 Concepts to all service bodies, not just WSBC.

OA World Service Business Conference passed a motion To define both abstinence and recovery for the benefit of the still-suffering compulsiveeater.

Abstinence:The act of refraining fromcompulsive eating and compulsive food behaviors while working towards or maintaining a healthy bodyweight.

Recovery:Removal of the need to engage in compulsive eating behaviors. Spiritual, emotional, and physical recovery is achieved through working and living the Overeaters Anonymous Twelve Step program.

Twelfth Step Within would like to hear about the successes of your group, intergroup or region. How have you had success in preventing relapse and helping members recover from relapse, maintaining OA membership and carrying the TSW message that “There is a Solution?” Download the flier for more information on how you can share with them today. Ideas that work are posted here.

At the 2014 World Service Business Conference, an Ask-It Basket box collected questions of the delegates for response by the Board of Trustees. Those delegate questions and the trustee responses are available on the OA website under World Service Events. Here is the link: http://www.oa.org/pdfs/AskItBasket_WSBC2014.pdf 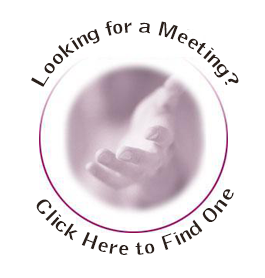 Would you like to receive the Triangle OA Recovery Newsletter via email? Send a blank email to RecoveryNews-join@triangleoa.org to subscribe.

Join the SOAR 8 listserv! Read about how to join.

Newcomers
Is OA For You?
What can you expect at an OA Meeting?
Tools of Recovery
Family & Friends
Young Persons in OA
Twelve Steps
Twelve Traditions